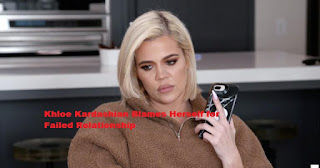 Khloe Kardashian’s public breakup with Tristan Thompson took center stage on part-one of the two-part season finale of “Keeping up with the Kardashians.” In the episode, Khloe learned her baby daddy hooked up with a longtime family friend Jordyn Woods. Rather than focusing their ire toward Tristan Thompson or Khloe for her choice to stay with Thompson, the Kardashian and Jenner women spewed their venom toward Jordyn.

At the start of the episode, Khloe shares her plans to remodel her house with family and friends. Khloe said the house needed “sprucing up.” According to Khloe, she planned to add 3,000 square feet to the side of her home. The remodel would include a full gym that her family, friends, and trainers could access through a separate entrance.

Because she’s renovating her home, Khloe needs to move out of her house to a rental. At the same time, Tristan Thompson is returning to Los Angeles for the NBA All-Star game. Due to the renovations, Khloe explains that she rented an “Air BNB” for the boys.

While Khloe preps for the move, she is overtaken by terrible migraines. In a scene with Scott Disick, she says that she’s puking blood and blind in her eye from a migraine. Surprisingly, no one takes Khloe to the doctor to alleviate the symptoms.

Instead, the migraine seems to be used by producers as a way garner sympathy for Khloe leading up to the big reveal midway through the episode. After puking until 3 am, Khloe goes to her OBGYN for an MRI of her brain. The MRI scene felt staged and improbable, given that OB’s don’t generally treat migraines.

Shortly after Khloe learns that her MRI is reasonable, the bomb drops on the Kardashian and Jenner clan. While Kim is sitting for interviews, her phone begins blowing up with messages about Tristan Thompson hooking up with Kylie’s best friend, Jordyn Woods.

A frenzied text message and the multi-way call takes place between all the sisters. Kim, Kourtney, Khloe, Kylie, and Kendell all talk about the situation. However, little to nothing is revealed about the incident.

Despite Tristan cheating on Khloe, the women spend the rest of the episode focusing their ire on Jordyn Woods. Kim makes a point of telling viewers that Khloe employed Jordyn as a model for her denim brand. Additionally, the family paints Jordyn Woods’ as someone that the family saved or helped throughout the years.

However, Kim fails to disclose that Jordyn had been modeling since she was a child. Her gig with Khloe hardly qualified her as an employee but rather a paid contractor. Also, they fail to remind views that Woods’ is the Goddaughter of Will Smith and grew up in a wealthy home. The Kardashian’s didn’t make Jordyn Woods’ nor did her livelihood depends upon them. However, the facts of Jordyn’s life would be an inconvenient truth for their storyline.

During the madness, Khloe plays her best martyr role and says Tristan Thompson is suicidal. While sitting with Scott Disick, she says that Tristan told her that he wanted to end his life. Scott reminds viewers that Khloe is a wonderful person that loves so hard and is selfless. However, the suicide narrative presented on the show felt contrived and another way to paint Khloe in a sympathetic light.

In fact, a source connected to Tristan Thompson told Radar Online that the NBA star was not suicidal. The source said Tristan told Khloe that he “didn’t want to live without Khloe,” but never contemplated suicide. Due to the editing, Tristan is rightfully irritated with the show’s producers.

Unfortunately for viewers, the show aired no conversations between Khloe and Tristan. Additionally, the women referenced text messages where Tristan admitted to making out with Jordyn. However, no messages were shown to viewers to prove those statements. As a result, viewers are left to believe that everything Khloe says about Tristan is true.

After Khloe finishes worrying about Tristan’s alleged suicidal thoughts, she turns her ire to Jordyn Woods. All the women direct their outrage to the young woman. The women spend no time discussing Tristan’s role in the incident other than saying that they knew he was capable of cheating.
However, the perceived betrayal by Jordyn against the family remains the storyline for the rest of the show. Kris shares her outrage with everyone. Kyle talks about her anger toward Jordyn. Khloe blames Jordyn for ruining her family, not thinking about her daughter, and betraying the entire family.

The woman’s account of the events between Jordyn and Tristan is a stark contrast to statement Jordyn Woods’ made on an episode of Jada Pickett Smith’s “Red Table Talk.” During the interview with Jada, Woods said that Tristan tried to kiss her while she left the party. She denied that she and Tristan made out. Additionally, she denied she was too intoxicated to remember the evening.

Without Jordyn or Tristan to share their sides of the story, the viewers are left to the editing of the producers. The clear message the family wanted to send was that Khloe was a poor suffering woman that was betrayed by a family friend. Rather than focusing on the reality that Khloe chose to stay in a relationship with a man that perpetually cheated on her for years.

While infidelity is heartbreaking for all parties involved, Khloe stayed with her boyfriend after he publically cheated on her during her pregnancy. The family brings this up many times in the show. However, they dismiss Tristan’s behavior as “we knew he was a cheater” and push the narrative that his behavior was expected.

Clearly, the producers and the family had an agenda to paint Khloe in the most sympathetic light possible. They also likely felt they needed to debunk Jordyn’s statements from her talk with Jada Pickett-Smith.

Rather than blaming Jordyn or Tristan, Khloe might need to start by doing some self-reflection. When she began her relationship with Tristan, he had a pregnant girlfriend. She knew about the pregnancy and flaunted her new relationship in front of the world.

Therefore, Khloe has no one to blame but herself. However, Khloe seems to lack the ability to self reflect and realize her continued poor choices in picking men that have problems with fidelity plays a considerable role in her relationship’s failure.

Next week’s episode will dive deeper into Khloe’s relationship fallout. Maybe the family will stop dragging a woman whose only mistake was getting drunk and kissing a man she shouldn’t have.